You are here: Home1 / Manu Bahuguna

Manu is a former IAF pilot and a national level Polo player who has honed his photography skills over 35 years, starting from now extinct Kodak Junior II in the 70s, graduating to a Canon SLR in the early 80s to the latest Digital SLRs over the years. He was initiated into photography by the late Raghubir Singh, whom he considers as his primary mentor. He also looks up to the legendary photographers S Paul and Raghu Rai for inspiration. PhotoIndia.com was founded by him in 1998.

Always in the mood for adventure and on the lookout for interesting shots, Manu is the quintessential outdoorsman. He holds an Open Water Diver (SCUBA) license and is also a qualified mountaineer. He has travelled and shot extensively around the remotest corners of the country and his work has been published in numerous publications. And when he is not wielding the camera, you can find him mirthfully recounting some anecdote with a twinkle in his eye.

Apart from leading the PhotoIndia team to execute various photography and film making assignments, he has now focussed more on teaching and building up teams and sharing the knowledge that he has gained over three decades with young enthusiasts. Manu conducts photography workshops with the same ease with which he used to scale mountains and ride horses. Our workshop participants vouch for his affable nature, patience and honest approach to teaching the nuances of photography. 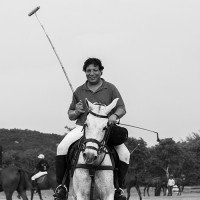